What I learned working on the Noah farm this past year.
< < < < < <    > > > > > >
Recently I sat down and thought about what I’ve learned during our last year working on The Noah Farm. I was surprised how quickly I came up with a list  and thought maybe they would help you with whatever project,  big or small, that you are thinking about tackling.  Here are just a few . . .
One of the first  major hurdles we had to jump over was getting the foundation repaired, replaced or having the house moved so we could put in a basement. My husband and I both felt overwhelmed and stuck before we ever got started.  So my first advice when you don’t know what to do or feel stuck is to take whatever steps you can.
For us this meant making call after call and getting estimate after estimate until we found the right company.  In the meantime, we did whatever projects we could, like build  new barn doors, removing trees, demolishing the summer kitchen, etc.   It was so worth the time it took  to get the right contractor because the company we hired to move our house did a superior job. 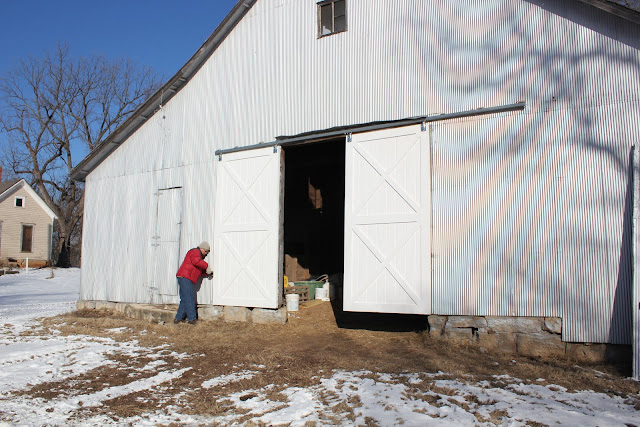 Which leads to the next piece of advice . . .
You will learn a lot by what a contractor says or doesn’t say; what questions he asks you; how much detailed information he or she gives you. Do they seem like a person you want to work with?   Trust your gut.  If it doesn’t seem like the right fit or right price, keep looking around. Getting lots of  estimates on our foundation also helped us to decide that we really wanted to move our house and put in a basement.
For suggestions on good contractors and companies to use,  ask your friends, realtor, or workers you have already used and have been pleased with their work.  Getting more estimates also makes you more knowledgeable about the project and the process involved.
I learned this valuable lesson from my techie  son. If I asked him for some computer counseling help, he would often say “Google it.” This was frustrating, but at the same time taught me that I could teach myself so much about any topic if I just took the time to do the research. YouTube has videos on how to do almost any project. When we were talking to contractors  about our basement foundation, I watched videos  to understand what exactly a footing was and how this whole basement process flowed. 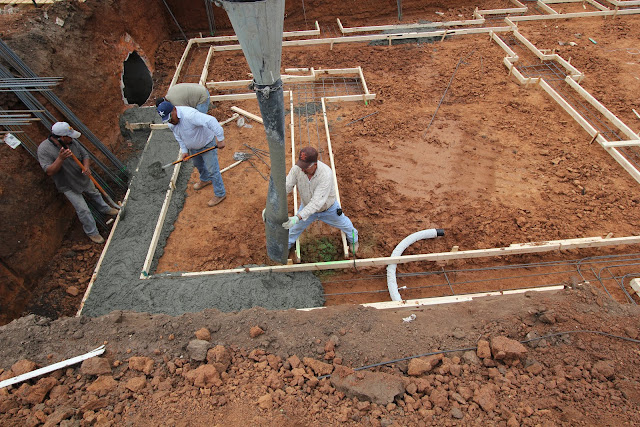 Workers pouring our basement footings.
And sometimes you just have to humble yourself and. . .
This might be the hardest one to do because you want to “appear” like you know what the contractor is talking about. This happened when we were told the electrical work upstairs needed to be redone. What?  We had been told during inspection that our electrical was fine. The problem? Junction boxes.   I didn’t know what they were, but unless we rewired we would have ugly junction boxes sticking out of our drywall. 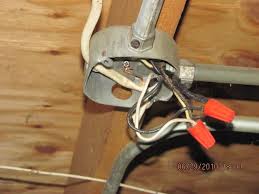 But guess what? Contractors are really okay with helping you understand why you need to do this or that.
And finally . . .
The truth is problems and mistakes are always going to be part of the process. Learning to go with the flow and adjust is just part of re-modeling a house, especially an old house. I would plan as best I could, but when my plans got blown up, say for example on a room’s floor plan, I found that the changes made and the final results where usually better than the original.
I’ll end this post with an updated picture of my son’s kittens, which are almost a month old now. They were definitely not in his plan, but they have been such a joy to us all.  Here they are looking out the window during a recent thunderstorm. 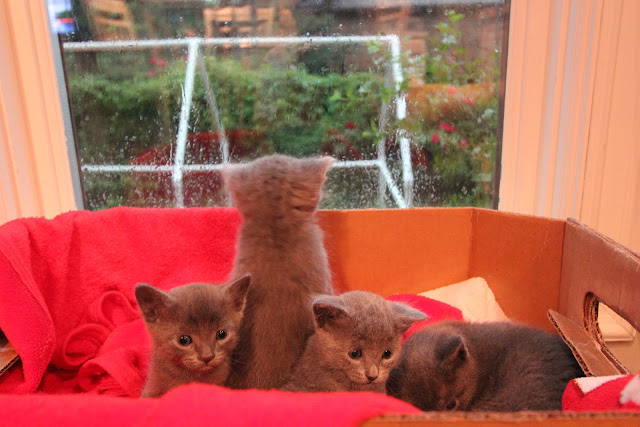 Courage is not about knowing the path, it’s about taking the first step.
– Kate Davis