From small &  cute, to scary creatures.

I wrote several weeks ago about a big black snake that we found out on our farm while clearing the land.  The boys  placed her in another location further from the barn in the trees and underbrush.  The next day, our son Alex was working on the tractor and looked over on a fence line and guess who was back?  I was not happy about this, mostly because I look at the ground when I walk our farm land because I’m afraid I’m going to come across a snake.  I didn’t know they could be up higher in trees or fence lines.  Yikes!  Now I have to look everywhere!

We thought maybe she came back to the same area because she had babies there, so I decided to just name her Mama Domino and accept that this is her home too.  (She does keep the mice away!)  Now I just expect her to be around that same area and I’m looking out for her and possibly little Dominos too.  Speaking of little ones, here is a picture of a Glossy snake we found out there, which is also not poisonous. (Alex thought is was beautiful).  With two boys who love snakes and lots of them out here, maybe some day they won’t freak me out. 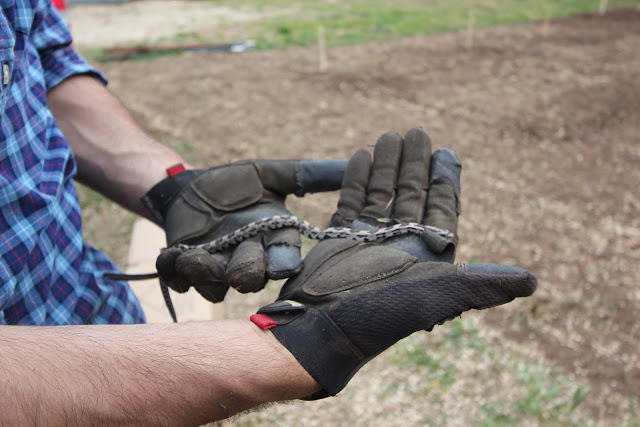 Another creature that used to live on the farm,  was a friendly little gray cat.    She had originally lived in the house, but because she wasn’t doing her mousing job inside, got put in the barn.  Alex was fond of her and decided to make her his own and give her a life of leisure back at his place. After several weeks he kept thinking she was looking a little plump, but thought maybe she was just putting on weight after being in the barn.  But it soon became very obvious that she was pregnant!

He named her “Squeaker” because she talks (squeaks) to him.  She had four kittens total. The picture below is their first trip out of Alex’s apartment to our home.  They are about two weeks old here and did great on their first adventure even with our big lab hanging around. 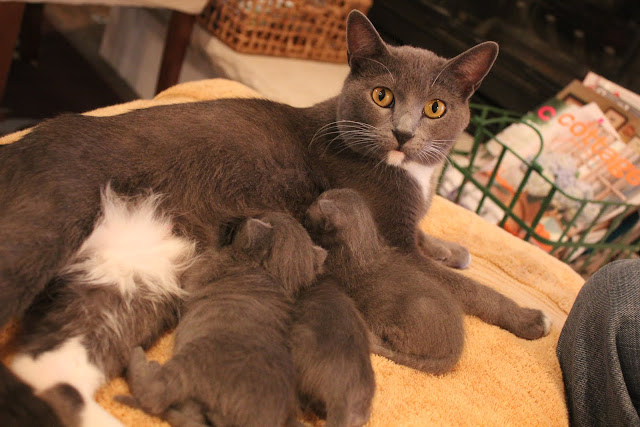 Alex calls them “Squeaker and the Peeps”. 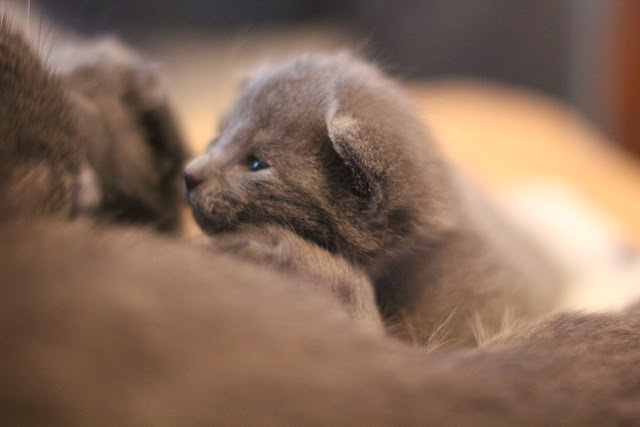 And now for even smaller creatures . . .

My husband calls them “his girls” and they arrived in early April.  He tried desperately last year to keep his girls alive over the winter, but sadly they didn’t make it.  So here are his latest batch of bees. 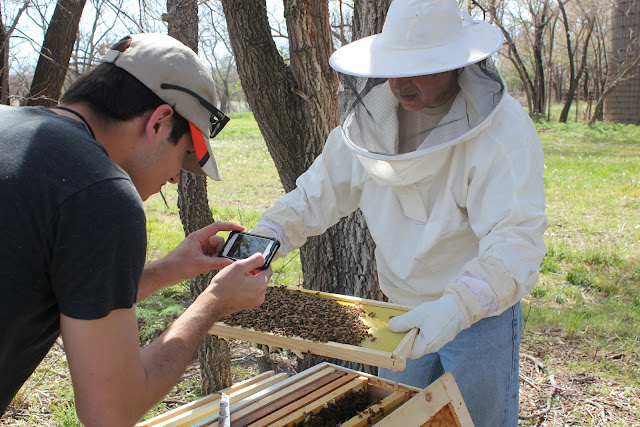 Dave is gowned up because he is allergic to bees, but Alex and I were just in our regular clothes taking pictures up close.  Neither one of us were afraid,  attacked, or stung,  by any bees. Even our dog, Latte, lay patiently by the hive waiting for Dave to finish.

I’ve come along way since the first time I looked into the hive.  I even picked these two batches of bees up from the Post Office and delivered them to the farm.  I got some strange looks as I carried two little screened boxes of bees out the Post Office doors. 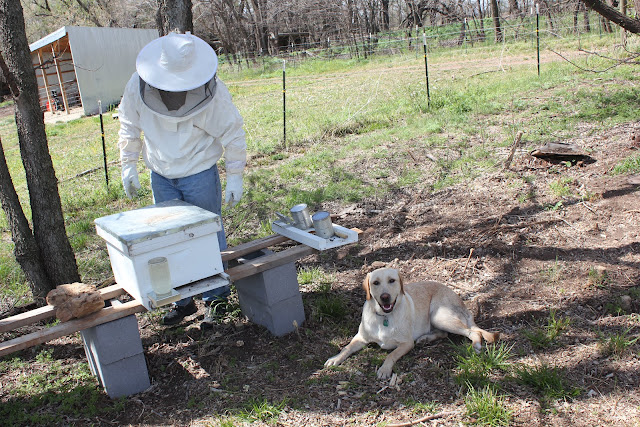 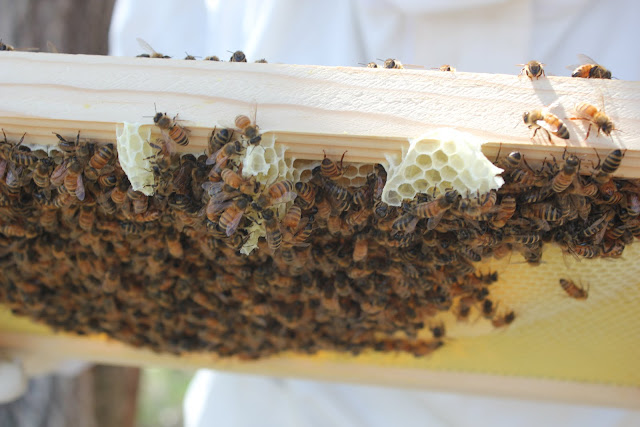 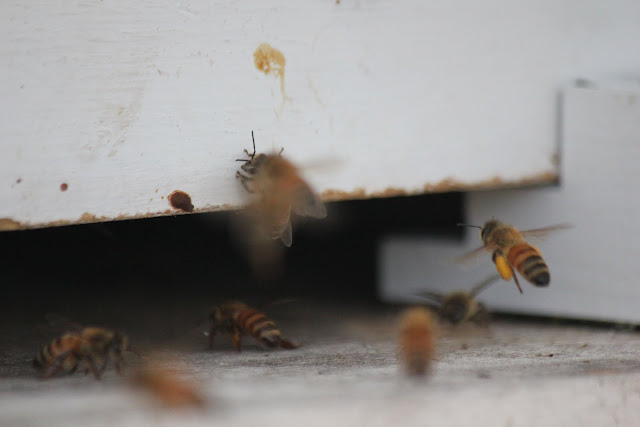 Can you see the pollen on the bee’s leg on the very right?
And now for a picture of  her majesty, the queen.  She’s the big one almost in the center of the below picture with no black lines on her back. 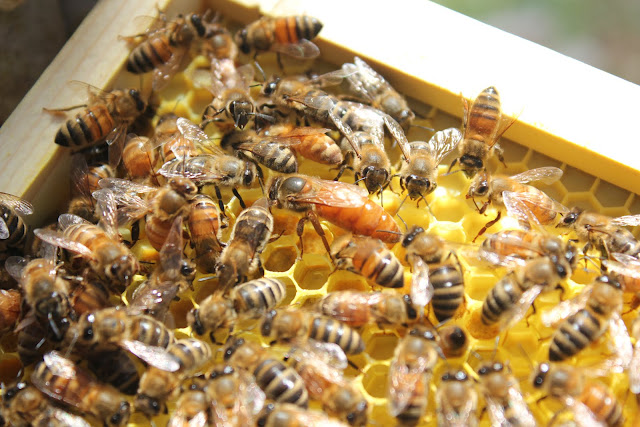 I think we should name both our queens, but
my husband doesn’t seem to care.  I suggested Queen Violet, after the grandmother on Downton Abbey.  Any name suggestions  for the other queen?

Our Little Farm is Growing!