After several months of calls and quotes, we finally found the right companies to move our farm house and dig the basement.  It turned out to be two separate companies instead of one – Unruh House Moving and Beran Concrete.  But before we could start any of this process, we had to clear out three huge trees and do some work on the summer kitchen. 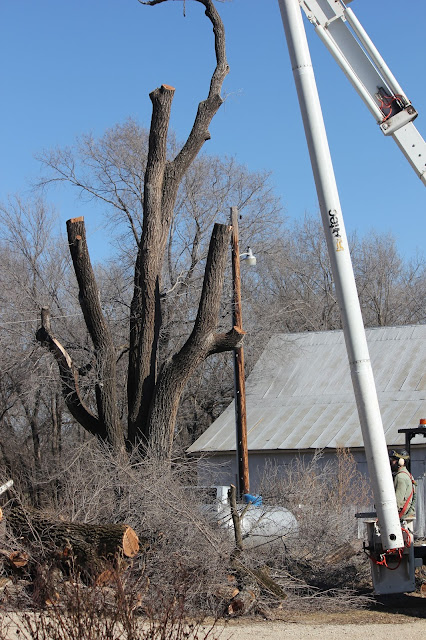 This tree was one of the most difficult to remove because of the propane tank close to its base.  When the tree company was grinding the stump down, they accidentally cut the gas line to the house.  As I called the gas company for emergency assistance while driving frantically out to the house, I had visions of the farm house exploding or a worker getting hurt.  By the time I got there though, everything was completely under control. Phew! 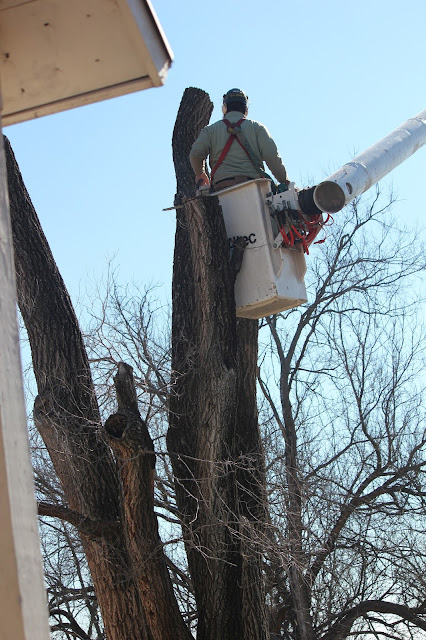 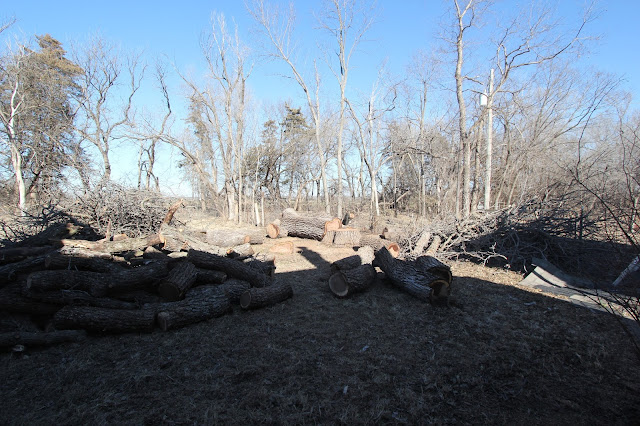 Here is the pile of trees left behind the house after they were cut down.  We hated to lose these big beautiful trees, but we had no choice.  The house would need to be moved two full house widths back, and in order to do this, trees had to come down. 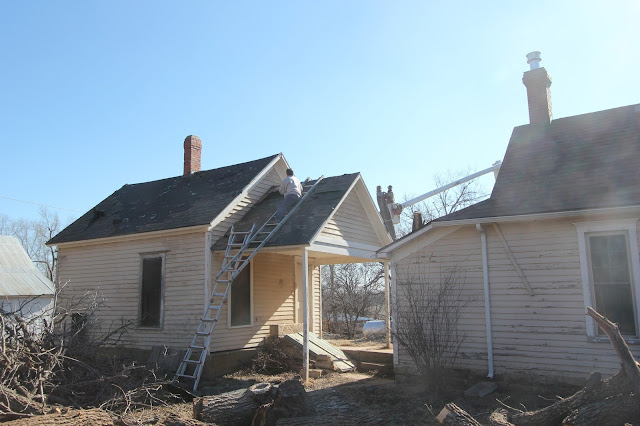 The other project was removing all the tile off the roof and everything out of the inside of the summer kitchen.   The summer kitchen would be bull-dozed down by the concrete company and moved to a burn pile.  They wouldn’t touch it until we did this work.  Hubby is up on ladders removing tiles in this picture.
There wasn’t anything too exciting in the summer kitchen, but we did find a few old doors and a big slate chalkboard that we saved to hopefully use somewhere in the house. The root cellar under the summer kitchen would sadly be filled in with dirt as well as  the huge cistern  that was located right outside the back kitchen door.
Almost ready for the BIG move . . .