Ready to move the house back onto it’s new foundation!

While the first house move was exciting, the second and final move was even more so because it meant our first major hurdle was over and we could finally proceed  with our remodeling.    The first move happened toward the end of March and the second the first week of June.  It took only a few days to move it back. 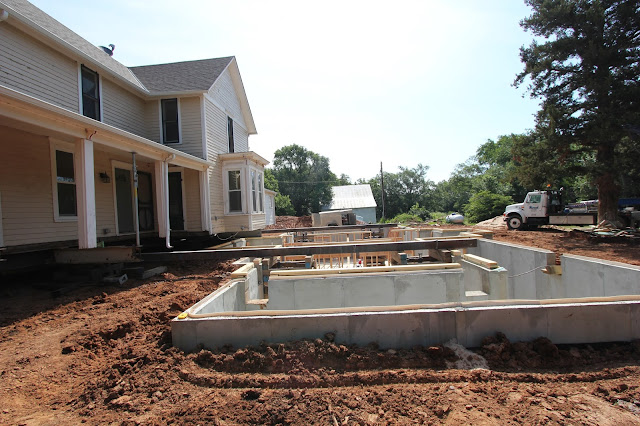 In this picture the house has already been moved one house width towards it final resting place and is ready for the final move. 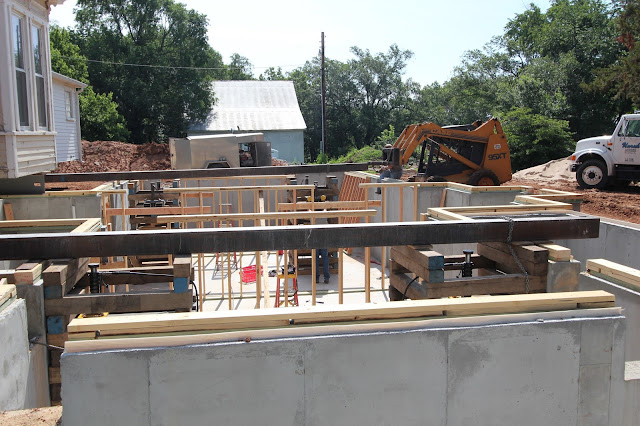 Two things to notice in the above picture.  First the small building that was behind the house, the summer kitchen, is now gone…. so sad!  The big building you see further back is the barn.  Also,  if you look closely, those giant wooden jenga blocks  are now built up from the basement floor to the steel beams to support the house. 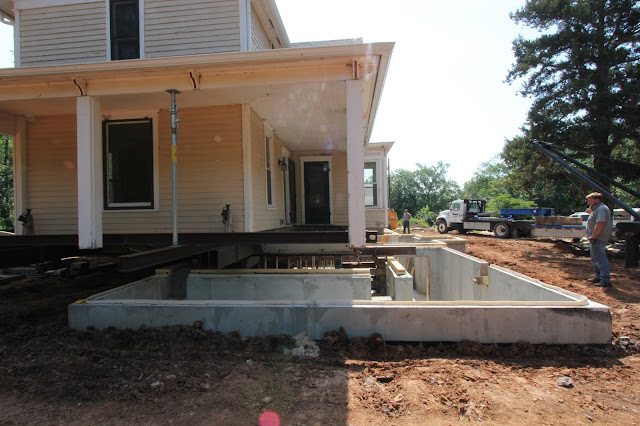 And here’s a great shot of the house in process of crawling towards it’s new foundation. 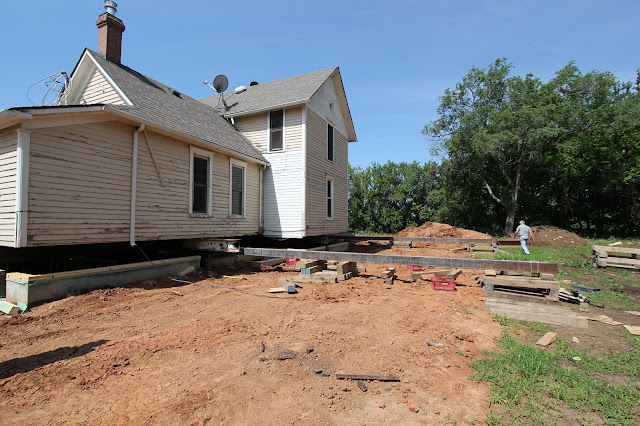 Back view of the house over top the new foundation.  Just needs to start being lowered down now.

And a view of the front door of the house (and porch) almost directly over the foundation.  Can you see where the “I” beam is almost ready to settle into the spot in the top of the basement  wall?  The porch will be added back on later after the house is moved. 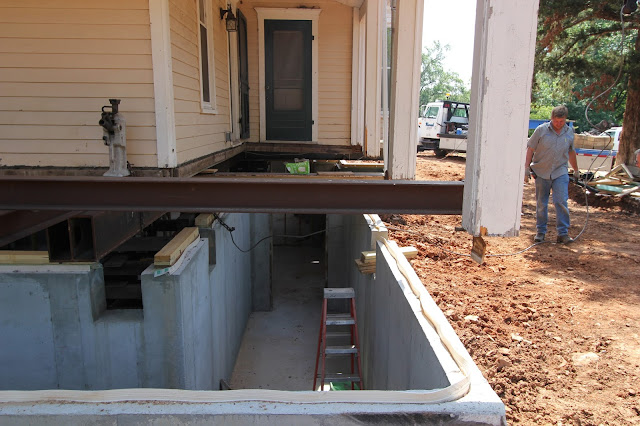 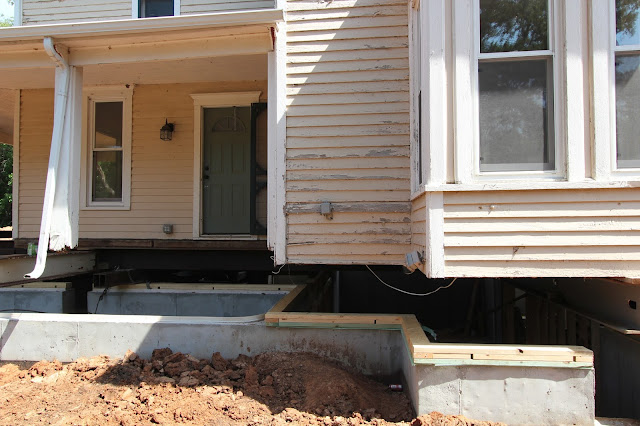 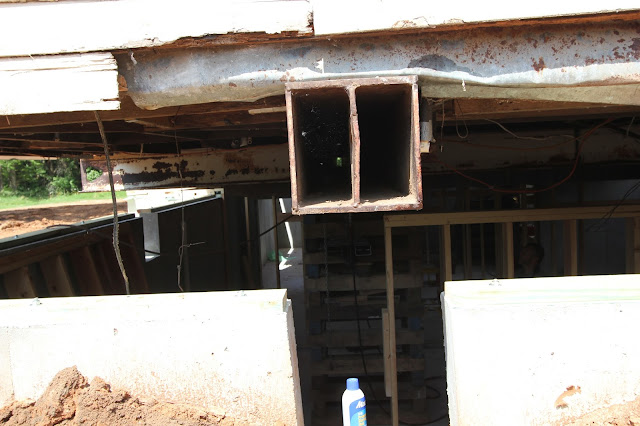 Close up of the “I” beam getting ready to settle into place.  Won’t be long now…..