Demo days in the summer heat.

Although there are no sheep to be found on our farm, the kitchen looks more like a barn where  sheep are being sheared.  But before you see that picture, let me back up and show you how the kitchen demo is progressing.  Here is the old kitchen with the lower cabinets, sink, and dishwasher all gone. 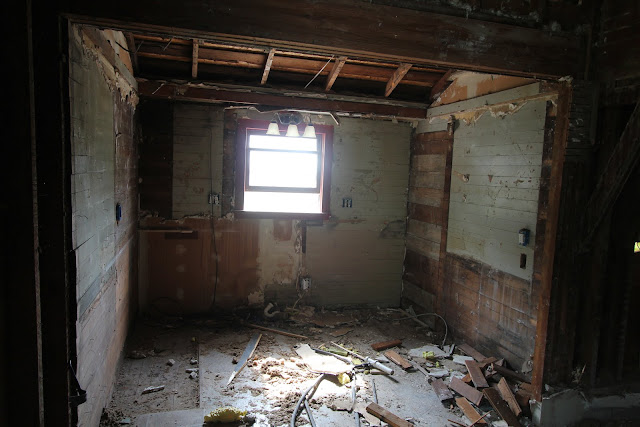 And now with the ceiling and walls gone. 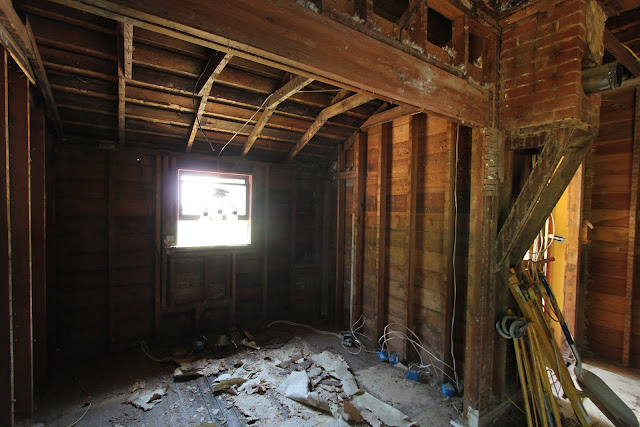 The wall to the right side of the boys in this picture below is also coming down to open up the kitchen/dining room area. 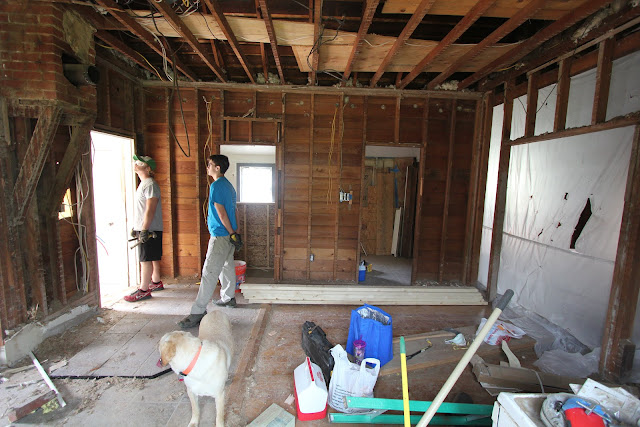 The picture below is the opposite side of the above wall.  Originally this was the outside wall of the house as you can see by the siding on it.  It was closed in to make a mud room, a utility room and the one and only bathroom in the house. 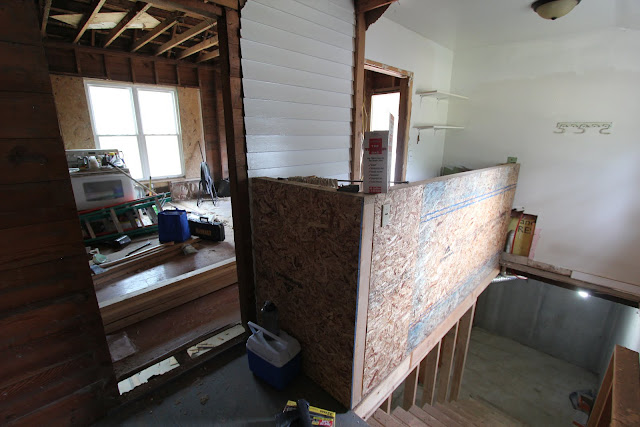 This area was temporarily made into our stairway to the basement, but this will all change and become part of the kitchen. 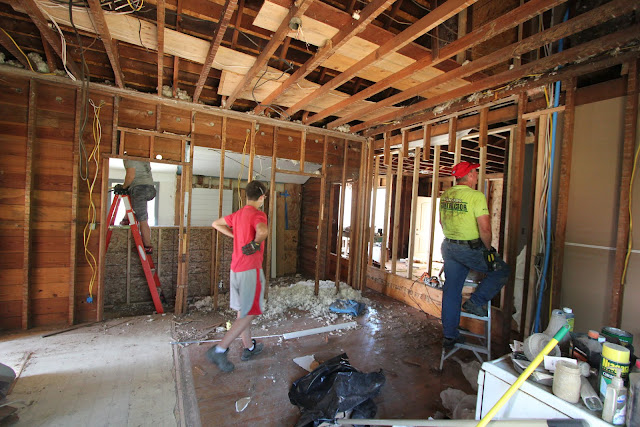 Here is the opposite side of this same wall again after demo. Now you can see the half wall that was built to protect people from falling into the basement directly behind the red ladder.


And now for the sheep. 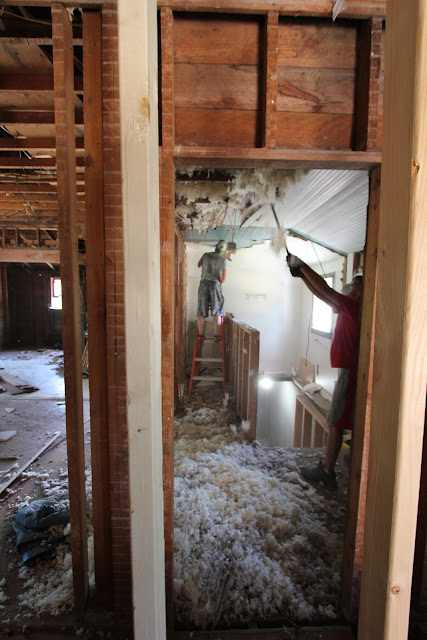 Notice the white ceiling they are tearing down.  This was originally the outside porch  ceiling.  It’s snowing lamb’s wool . . . 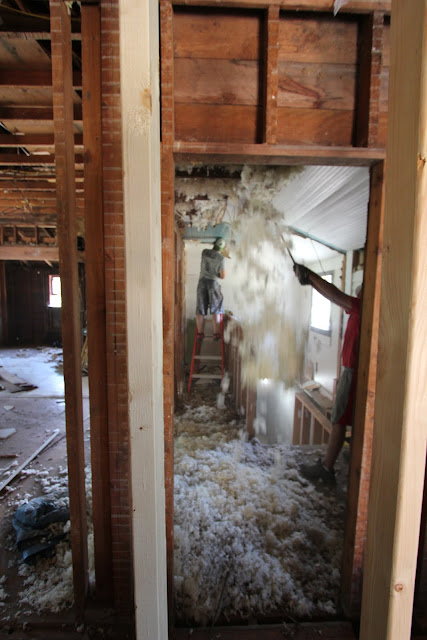 Another big step was putting in two huge beams that would hold the weight of the second story and allow us to open up the space between the living room and kitchen.  Here are the guys putting in the first beam. 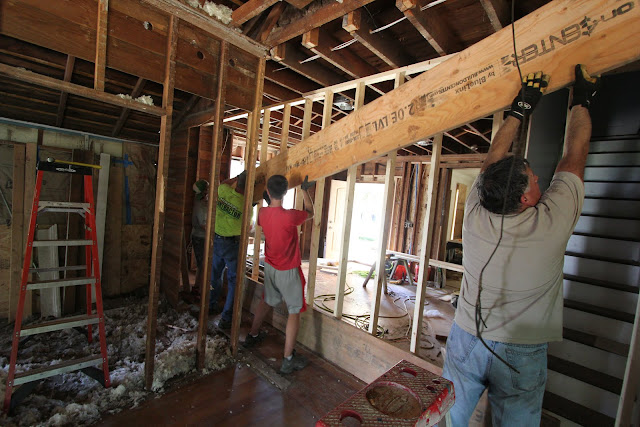 I forgot to mention that our contractor Steve, first built a temporary wall  to hold the weight of the second story.  You can see it right behind the large beam the guys are holding up. 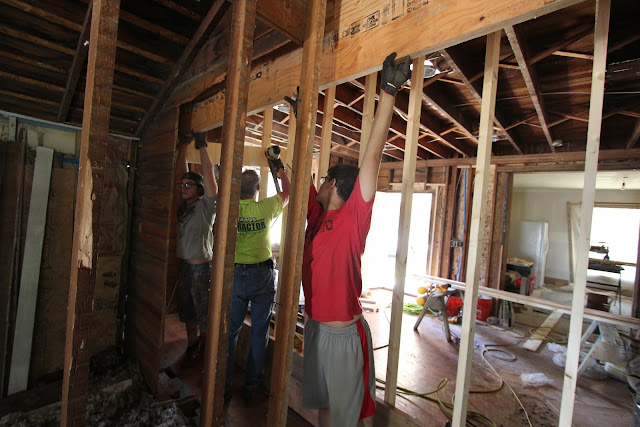 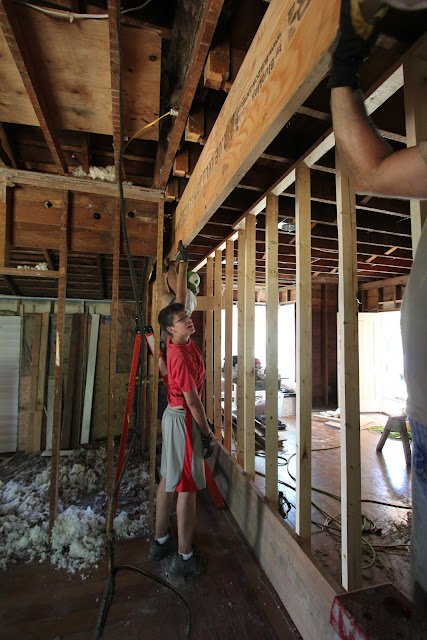 And now the second beam goes up. 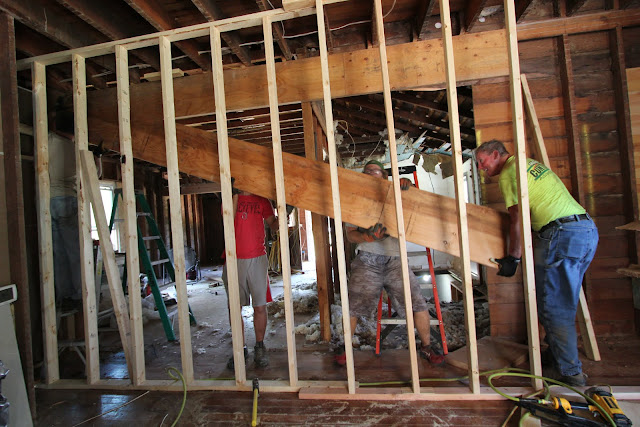 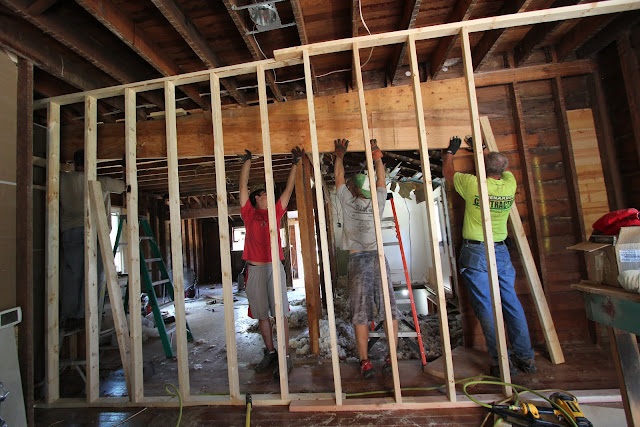 Putting in the two beams took about 30 minutes and I was exhausted after this job was done.  It is hard to point and click a camera in 95 degree Kansas heat.  And it was so hard not to tickle them when they were all so vulnerable.  I just kept smiling while they kept groaning and sweating.

How to Decorate a Room You’ll Love