Lots of dirt and a new puppy.

Shortly after the house move, Beran Concrete began digging the big hole for our new basement. 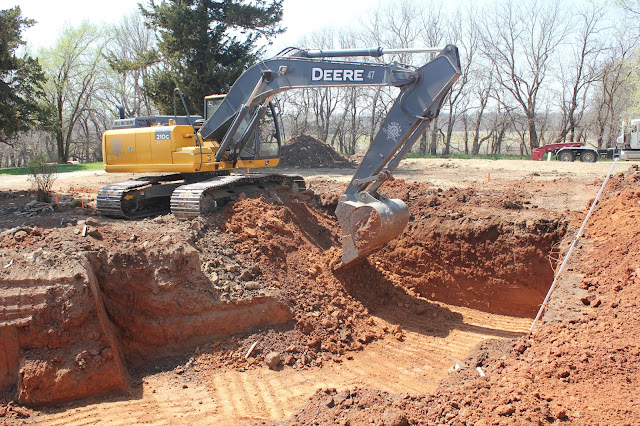 It wasn’t long before we had huge mounds of dirt around our house and many other loads of dirt that were driven to our back pasture and dumped (to be used for another project). 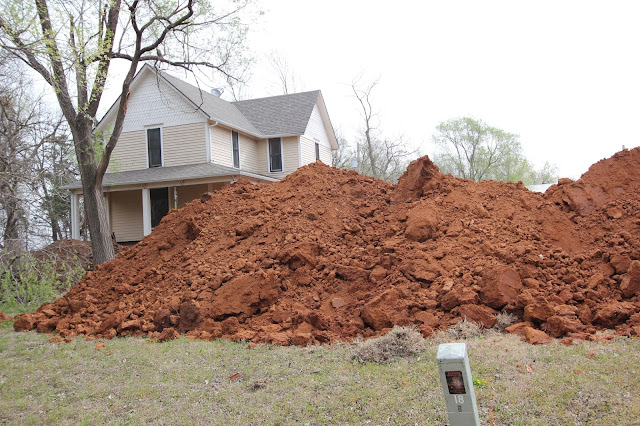 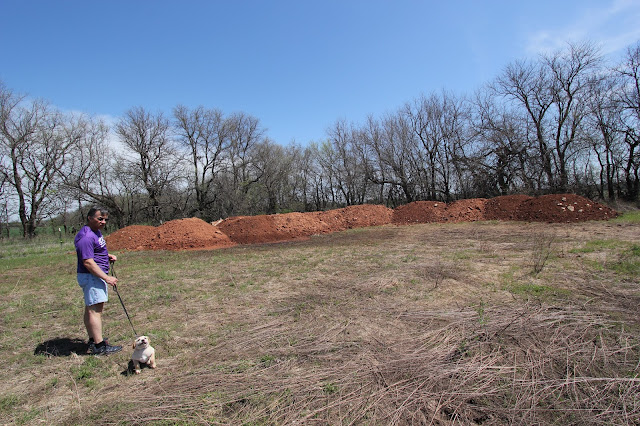 Notice the cute little guy on the leash?  This is our new puppy eager to run wild on our farm land.  Unfortunately,  we couldn’t let him just yet, because of this . . . 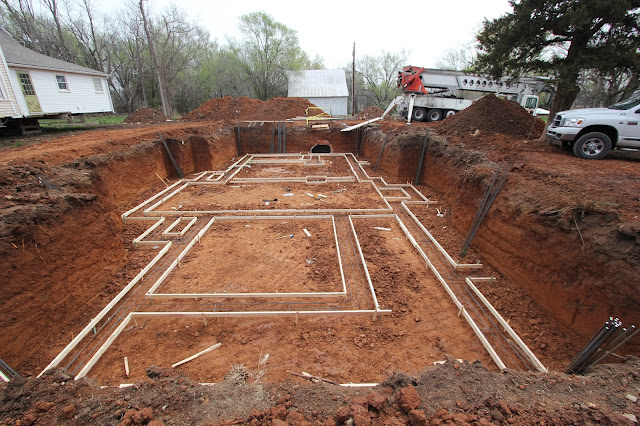 . . .big hole!  Here the footings have been placed and the truck that will spread the concrete is in the background.  Once the cement trucks arrived the work could begin. 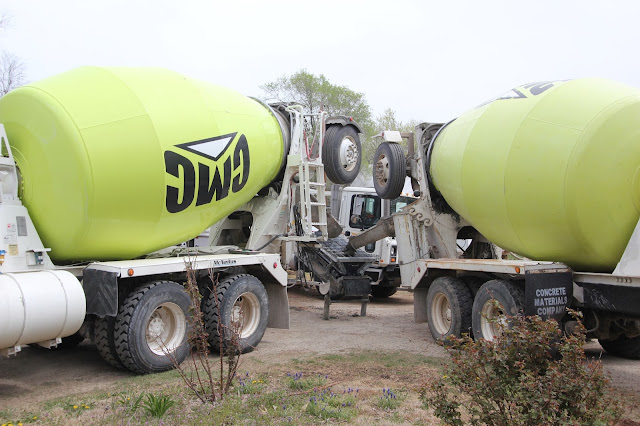 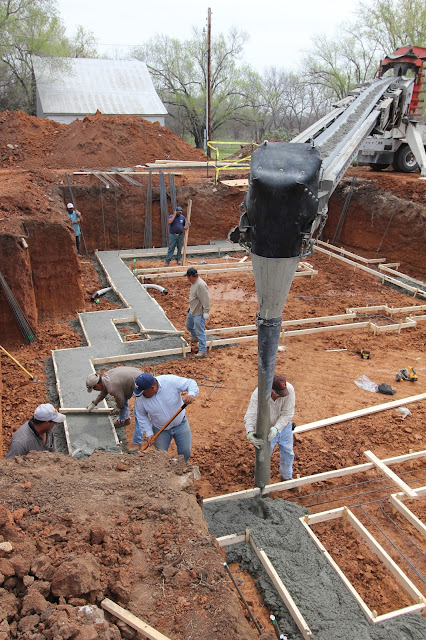 This may not be exciting to some people, but  it was totally new to me.  If you’ll notice the cement is coming down the long arm channel from the white truck.   One man with a big control box strapped around his waist and shoulders controlled the long arm coming from the truck   He stood up higher watching the guys below spread the cement and moved it as they needed to fill in the next section.
And just encase this cement stuff is putting you to sleep,  here’s a closer look at  our cute puppy we named Latte because he looks like the cream in our coffee. 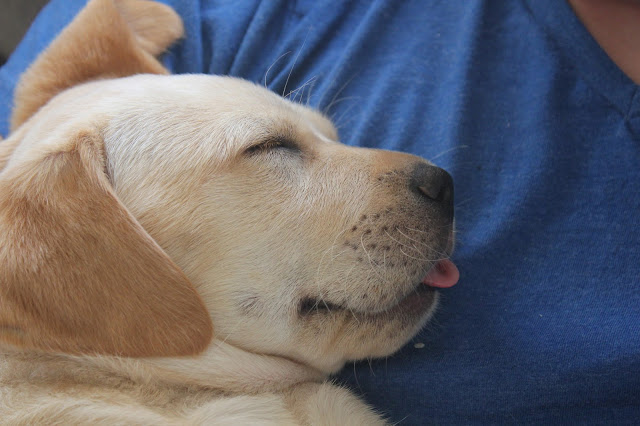 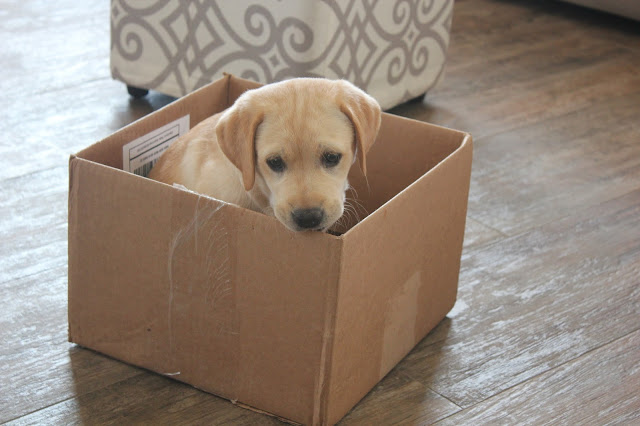 So much better than a story about pouring a new basement!